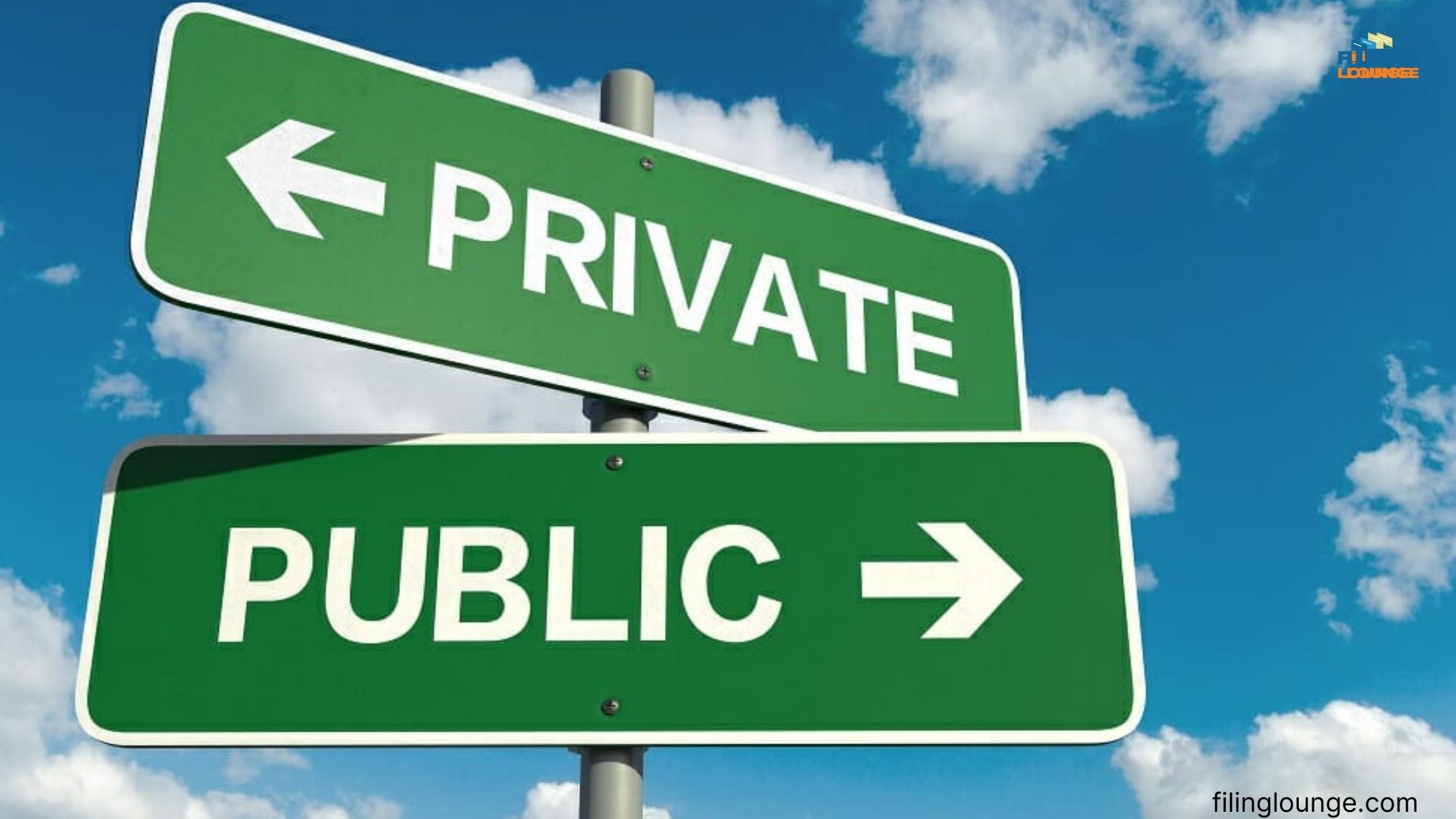 What is a Private Company?
According to the Companies Act, 2013, a private limited company is a company with a minimum of two members and maximum of 200 having no right to transfer their shares and also cannot offer its shares to the general public. The minimum paid up capital of such companies are Rs 1,00,000. The liability of these companies are limited only upto the amount of shares held by them. It uses the word “private limited” after its name.

What is a Public Company?
According to the Companies Act, a public company means a company where it has a minimum of 3 members and no limit for maximum. It can invite and offer its shares and debentures to the general public. It has a minimum paid up capital of Rs 5,00,000. It does not restrict the rights of its members to transfer their shares. It uses the word “limited” after its name.

Conversion of Private Company into a Public Company - With the amendment of the Companies Act, 1956 into Companies Act,2013 the rules and provisions for the conversion have been altered.


A brief introduction to Rule 33 Rule 33 includes the rules for the alteration of articles. The provisions such as,

a. An application form that is form number INC. 27 (with the fee) is to be filed for conversion of a private company into a public company.

Altering the Articles - As per the definition of a private company, it contains certain restrictions as to the number of members, directors, shares, etc. which should be redrafted in terms of a public company to remove such restrictions. New articles are required to be drafted and adopted for the conversion process.

Following are the detailed procedure for such conversion:-

Conducting a Board Meeting - Conducting a board meeting in accordance with the provisions of section 173 (3) of the Companies Act, 2013 with the board of directors. The main agenda for such meeting includes:-


2. Issue of EGM Notice - According to the provisions of section 101 of the Companies Act, 2013 issuing the notice of search EGM to all the members, directors and auditors.

3. Conducting search extraordinary general meeting Holding and conducting the EGM on the fixed date, time and place for the passing of the necessary special resolution and getting the approval of the shareholders.

4. Filing the form with the ROC (Registrar of Companies) For the alteration of the articles and necessary conversion under section 14, few forms are required to be filed with the registrar of companies such as:-

14 This is required to be filed with ROC within 30 days of passing the special resolution in the EGM. Some attachment such as :-

This form is filed for the conversion process as per Rule 33 of the Companies (Incorporation) Rules 2014. Search the form is to be filed with arrows with fee along with all the necessary attachments and annexures such as


Once all the necessary procedures are completed and filed with the ROC, the ROC will scrutinize the documents and satisfy itself if the company has complied with all the provisions. Then the ROC will issue a fresh Certificate of Incorporation to the company. In section 18 (3), it is stated that such conversion does not affect the debts, liability, obligation or contracts of the company before conversion. Once the conversion is done, the company can issue a public notice for such conversion and also give such notice to the excise, sales and income tax departments. Arranging a new PAN no and updating the company bank account details is important.